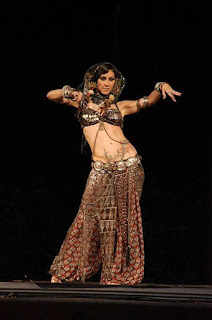 Written by:
Sultan B. Lawal

After the victory of the Regent and council of Chiefs, the council had a meeting where a proposal sprang up that the council should  route fori pests from far and near to guide and put them through in the process of selection of a new King, some of the chiefs had earlier objected the move due to the fact that the high priest of the land had earlier told them that the new King will be chosen by the late King and communicated to all through a means viable to all, but some of the chiefs were of the opinion that since the high priest had told them same thing twice, they need to inquire elsewhere to compare and contrast, in their analysis their are certain stages in life where those you know keep telling you what you know, you will surely need those you don't know to tell you what you don't know and they all agreed and key into the plan of bringing different priests from different communities.

At the council meeting one of the chiefs moved a point of order and where he stated that one of the chiefs present here doesn't belong here anymore, he pointed at Chief Balogun and said to him that you have no right to participate or attend this council's meeting after you've taken the Regent and the entire council to court, another Chief backed it up with a motion for suspension, the Regent in the end ruled that Chief Balogun had done nothing wrong by exercising his Civic right, she stated further that don't let us forget so soon that he (Chief Balogun) used to be my late father's intimate friend, if we suspend of impeach him will I as well disown my own blood brother who was also a party to the litigation, or will this council suspend my brother from being a Prince, She persuaded everyone to forget about what has happened and put heads together to move the community forward and thus the issue was closed.

The day chosen for the exercise came and the priests all assembled at the palace as they were been called in by the chiefs one after the other, but to the surprise of the chiefs the priests all said same thing which was exactly in concomitant with what the high priest of the land had previously posited and it's now obvious the waiting game is inevitable.

Prince Adepelu next move was to push for his father's properties to be shared as he needs resources at his disposal because he couldn't sustain his extravagant lifestyle as it were when his father was alive. He mounted lot of pressure on the the chiefs as well as the Regent for the properties be shared having it in mind that as the only son of his late father he should get the lion share and by that he can even get to accelerate his ascension to the throne by buying his way through, after series of pressure the chiefs had to call a meeting of the council and the late king's family with Late King Abolarinwa lawyer in attendance, Prince Adepelu opened the floor with the following remarks, "good day everyone, I welcome you all to this gathering, I'll like to reemphasize the purpose of our gathering here today....", Chief Odofin cuts in Adepelu kindly have your seat, you can see the entire council of chiefs of Ilugbamila are on seat and you can't even apply simple courtesy by letting the elderly men and women on seat coordinate the process, the chief continued that we can't because of civilization throw away the act of respect for elders, other chiefs also made their remarks that the Regent and other children of the late King are on seat without uttering a word but Adepelu who happens to be the youngest is the one willing to hijack the process, the chiefs pleaded with Adepelu to thread softly as patience is indeed a wealth of nature, he apologized afterwards and they all moved on from there. The lawyer greeted everyone and apologized for not communicating anyone since the death of the late King, he said his action is in accordance with what the situation at hand require, he told everyone present that the King had instructed that his will should be read six months after his death and with this instructions doing anything in contrary is a breach of contract on my path and soon the gathering was brought to an end.

Adepelu and his mother visited the lawyer afterwards on several occasions to put pressure on him to reveal the content of the will to them of which he (lawyer) stood his ground that he won't go against the professional ethics of his job. They again gave the lawyer an offer to alter the content of the will to favour them hugely and they would compensate the lawyer with 15% of all they get, they pushed as far as asking for 70% of the late King belongings be alloted to them but at every of their proposal the lawyer stood his ground even when it appeared his life would soon be under threat if he keep turning them down and it was evidence in the harsh tune they speak all the time and soon he begins to receive series of threat.

What next?
Anticipate Episode 5