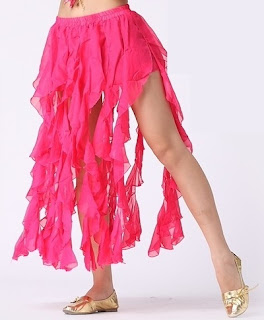 Written by
Sultan B. Lawal.

The Regent woke up to a shock letter and immidiately she summoned an emergency meeting of the councils of chiefs and they delibrated on the content of the letter, it was a court summon stating that the Regent and the entire council of chiefs has been sued to the customary court for unlawful Ascension and installation of the traditional throne, and should appear in court on a stated date, the court hearing will be in few days time, as the content of the letter was disclosed the air was filled with silence as everyone was in shock because they never saw it coming, the Odofin which happens to be the highest ranking Chief in the council (after the demise of the late Lisa) summons the courage to ask the identity of claimant(s) in the case, as the identity was revealed everyone was halfshoked considering the fact that the 2nd claimant happens to be Chief Balogun who is a member of the council of chiefs, the 1st claimant been Prince Adepelu (the late King's son) didn't really come as a surprise.

The council agree  to secure the service of one of the illustrious son of the land Barrister Fasasi Ahmed who has made his mark in the legal profession as it legal counsel on the issue, considering the fact that he is an expert in customary law and has a good knowledge of the culture and tradition of the land, as a matter of urgency the coucil of chiefs meeting was adjourned to later in the day with the hope of Barrister Fasasi been in attendance when they reconvene. The chiefs met as planned later in the day and Barrister Fasasi was in attendance, he addressed the Regent and chiefs not to fear because the case at hand is in their favour, he told them what the claimants filed for initially was an exparte motion praying to the court to grant an exparte order restraining the council of chiefs from installing the Regent but the motion was thrown out by the judge because it lacks no merit for it to be treated as an emergency because there is no threat to security of humanity in the whole scenerio, Barrister please what is an exparte motion one of the chiefs asked, the Barrister smiled and  explained that In a situation where getting an immediate order is urgent, you can petition the court without notifying and serving the other party. This is known as an ex parte motion or application. If the judge grants the ex parte order, the order is only temporary. The judge will hold a full hearing within a short period of time but the exception to this rule is in emergency situations. The Regent and chiefs gave Barrister Fasasi all necessary information he needs to know about the whole issue and the meeting was brought to an end after hours of delibrating. However the said Balogun (2nd claimant) was absent at both meetings.

*COURT*
The court was overfilled on the day of the hearing, as the court room was as busy as an ant hill, it must have been what the legendary Chinua Achebe had in mind when he said “There are so many people on it (sic) that if you threw up a grain of sand it would not find a way to fall to earth again.” After the legal consels of both parties to the case signify their appearances before the court, the leading judge gave his opening remarks and he promised an accelerated hearing as he promised no time will be wasted on the case.

The legal counsel of the claimants submitted before the court that the installation of a Regent by the council of chiefs of Ilugbamila is illegal and should be nullified by the court, the defendants counsel on their own part argued that there is a procedural traditional pattern in the selection of King in any Yoruba land which takes time and a Regent must be in place to fill the administrative lacuna so as to ensure that the community doesn't suffer from lack of leadership.

Barrister Fasasi the defendants lead counsel fired back that their are divergence of tradition in each Yoruba community when it comes to issue like this.

The claimants counsel also submited that the turned the tradition upside down by appointing a female Regent who automatically becomes the "Acting Oba in council" when it is Crystal clear in the Yoruba tradition that a female can't become a King, why make someone acting in a capacity she's not fit to hold.

Barrister Fasasi argued that tradition believes that a married woman or a single lady should be made a Regent instead of a male, for it is assumed that a male might not want to leave as he may transform himself to be king (permanent) .It had happened in numerous towns before. But if a married woman or spinster is enthroned she will be yearning to go back to her husband and family while a spinster will be yearning to get married and start a new life with her own family.

Barrister Fasasi argued further that for the purpose of those that wish to know female kingship or Regency is not alien on Yoruba land even though the later is a bit uncommon, let me go on memory lane he said "Ile-Ife which is regarded as the cradle and ancestral home of the Yoruba once had a female Ooni called 'Luwoo' who was the 21st Ooni of Ife, also In the Oyo empire a female Alaafin called 'Orompoto' ruled around the 14th century, in the history of Ijebuland 3female Awujales have ruled in the past and even in Egba land they had 'Oba Obinrin' in the past" and about 3female Owa of Ijesha has ruled in the past."

The claimants counsel  countered the argument of Barrister Fasasi that in those instances of installation of famale Kings or Regents there were no Royal blood (male) to ascent the throne and this is different from a situation where there is a heir to the throne as it is in the case at hand, he posited that in the past where a community needs a leader in times of adversity and there is no male born of the royal linage to be enthroned they fall back to female kingship just like the scenerio of Alafin Orompoto who Barrister Fasasi mentioned she assumed the throne because there was no male successor within her family at the time and She helped drive the Nupe from Oyo in 1555.

The claimants counsel argued further that in recent time in recent time female kingship and Regency is now a thing of the past, he cited a recent example of Ilasa-Ekiti where the state government nullified female Regency.

The spectators in the court room sees the argument from both parties as entertaining and educating and so as the judges and junior lawyers who where members of both counsels, most of the spectators where trilled by the display of the legal experts to the extent that some of them vowed that their children must be educated at all cost as some even said their ward chosen career would be law or nothing.

At the end of the argument from both side the court gave a judgement which was a consensus among the Judges on bench that base on precedence the appointment of the Princess as a Regent is not illegal and thereby upheld by the court, the court also ordered that the council of chiefs must ensure that a new King (permanent) is installed as soon as possible as it will be in the interest of all and sundary and that brought the case to an end.

Watch out for Episode 4