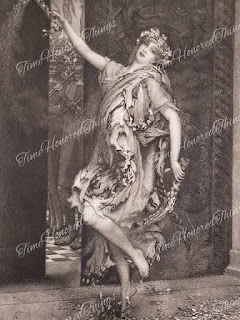 Written by:
Sultan B. Lawal.

At the end of 1st semester, Adepelu was arrested at cultists initiation ceremony, Adepelu thought it was business as usual as it was in the village  where his mother will influence the process but it was a different ball game, all the students involved were rusticated and handed over to the police. The news had gotten to the King who insisted on going to the station without Atoke and he successfully did, on getting to the station the King pleaded for a favour, to the sunrise of the officers, he (the King) requested Adepelu should not be released like his peers, the King pleaded that he should be kept in custody for at least 3months probably he will turn a new leaf when he's later freed. The King returned to the village and told Atoke the state government has directed that all the rusticated students be kept in cell for 3months. The King sent for the priest later in the day to seek clarification from the gods on certain things, as the Oracle was consulted, the priest chanted "aja iibiiijo" (a dog doesn't give birth in open place) so the proceedings has to be shrouded in secrecy as the priest and King went to the inner room leaving the chiefs, queens and others in the palace.

After 3months, Akinpelu returned home and narrated what really happened to his mother, they both felt aggrieved and become angry with the King, I pray that man wasn't my father Akinpelu said angrily, this is not a time for prayer but for actions Atoke stated, a month later the King died after a slight illness. The council of chiefs met and decided that they should be no lacuna in administration of the state and the Olisa {Chief Lisa of the land who is mostly the highest ranked chief of any Yoruba kingdom} be declared the 'Adele Oba' {The Regent King} pending the three lunar months which the tradition stipulates as a mourning period before they can now start taking about enthroning a new King after the period. Why is Lisa seating on my father's throne?, Why is he giving orders like my father? Adepelu protested, that is the tradition the chiefs replied, why am I not the one seating on the throne Adepelu asked, the chiefs took time out to explain that as it precedence they are following and will remain so till the oracle decides the next King.

At the completion of the mourning period the oracle stated that the deceased King will be the one to choose whoever will be the new King and the whole village should stay calm and exercise patience till Late Oba Abolarinwa communicate them through a means visible to all. Rumours have it in some section of the village that the King makers are playing a fast one everyone by attempting to install the Chief (Lisa) as the next  King, few days ater the Lisa became late, The late King's eldest daughter was called upon to be the next Regent of which she agreed after series of persuasion and also agreed of keeping up with the customs and traditions binding the position in order to avert any form of calamity but not without beefing up the security at the palace as the death killing one associates is indeed proverbial.
Watch out for Episode 3