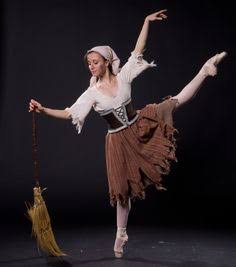 The pressure on the lawyer keeps mounting day by day and soon he traveled out of the country in a bid to safe his life and ease off the tension.

Exactly six months after the king's death the lawyer came to read the late king's will amidst huge security as advised, the will was however documented both on paper and with a video record of the late King stating how he wants his properties be shared as well as make certain assertions, he willed 25% to the new King, 25% to the children of his first wife, 20% was set aside to establish Late Abolarinwa Education fund to support indigenes for tertiary education, 15% to the children of his 2nd wife, and 15% as well to the children of 3rd wife, is 25% not to small for us Adepelu whispered into his mother's ear, don't worry we'll make lot more when we ascend the throne she replied. The King didn't stop there he posited his last wife and her son have gotten their share of his properties in what they squandered while he was alive, the late King sang the Alakisa tonjo looru song again.

Let me tell you all what most of you don't know, i think you all remember my encounter (private) with the Priest on the day I returned from the state command (Police station), alot of things was revealed to me by the gods in that consultation, I was made to understand Adepelu is not my biological son, you all know in my desperate search for a heir I married the 2nd and 3rd wives but all to no avail. Adepelu mother who happens to be my 4th wife is Balogun's concubine who got pregnant for him and refused the option to abort it when he (Balogun) begged that his marriage was at stake due to the pregnancy, the moment a sooth Sayer told Balogun the pregnancy would produce a male child Balogun cooked up a plan of introducing his concubine to the King to have her as his 4th wife of which the King innocently subscribed to his friend's advise, she was convince to agree to the plan since wealth, royalty and power are involved.

Also the late King added that his successor has shown to him by the oracle {revealed in the secret conversation with the priest} is a child he never knew he had as he thought his pregnancy was aborted as agreed with his then girlfriend at their tender age, he gave them description on how to get him. The chiefs and kingmakers followed the description given by the late King and found the new King after series of stressful adventures, they went through further stress in convincing him to accept the offer of ascenting the throne, the new King was coronated amidst huge funfare.

Adepelu, his mother and Balogun were arrested, charged and sentenced for murderer of two persons (King Abolarinwa and Chief Lisa), also in the charges are defrauding through false pretence, illegal possession of arms among others.