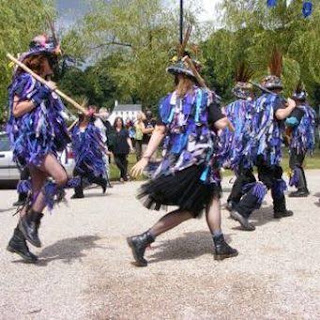 All rights reserved. No part of this story may be reproduced, or transmitted in any form or by any means without the  permission of the copyright owner. Anyone who wishes to repost this story to any online platform should give proper and adequate acknowledgements to the content owner (Lawal Sultan).

PREFACE
Alakisa to un fi oganjo se ESO , bope bo ya oju mo a mo n. (Amateurish translation - The person on rags using the darkness (middle of the night) as a cover up soon the day will break).
Nothing last forever as they say, you can't have it all on a platter of gold till eternity, make hay while the sun shine. Spare the rod and spoil the child, our elders say if one finger brought oil it soiled the others, they went further that a man who makes trouble for others is also making it for himself, if you defend your ward(s) wrongdoings one day you will need to employ the service of a legal counsel to do the defense in a complex scenerio.

In a primitive village named "Ilugbamila", the King {Oba Abolarinwa} had just a son, 9 daughters and 4 wives. The King had met his first wife Jumoke at their young age and she bore the King 4 daughters, after sometimes they both agreed that the King  marry a 2nd wife who later bore 2 daughters for the King, the King married another wife in his desperate search for a heir and she also had 3 daughters, the 4th wife {Atoke} was the lucky charm everyone thought as her first child turns out to be a male.

The male child {Adepelu} tagged and seen as the heir apparent to the throne received the best of attention from infancy,  his father {The King} wish to make him a disciplined person so as to build his sense of judgement as well as character to one that is expected of a future King, but his mother wanted everyone to bow to her son right from his birth as she thinks as the heir apparent can do no wrong. Adepelu will perpetrate lots of evil deeds as he grows up and his mother will do all within her power to conceal it from the King and even when the King gets to know Atoke will do everything possible to make sure the rod is speared.

As Adepelu begins to come of age, Oba Abolarinwa will call him for a father and son dialogue and explain to him the character and attitude expected of a leader, but to Adepelu his father appears anti-social and belongs to the accient school of thought and only his mother is voguish and supportive. The King will always sing to the mother and the child's ear "Alakisa tonjo loru, pobe ile aamo lola {  ×2}". (meaning the man or woman putting on rags, dancing in the middle of  the middle of the night, very soon the day will break x2) but they both seems not to understand this.

Soon after the King decided to send Adepelu to the city to study in the university considering the modern trend in Kingship, Atoke had wanted her son to school outside the country but the King objected it since he knows the kind of ward he has. I don't want to go to school said Adepelu on hearing the news, if I must go to school then you should be ready to either find a way of sending all my friends too or you probably bring the school to us in the village, his father threatened to disown him if he doesn't comply with his words as he stated this is not business as usual. Atoke persuaded her son to try and take up the offer as it is for their own good, I don't want to leave you mother, I'll miss you and my friend Adepelu hinterated, I don't want to leave the village he added. Atoke suggested okay let us do it this way, the driver will drop you in school every morning and bring you back every evening after lectures since the newly constructed road linking the village to the city makes it faster, with that you'll not have to leave the village totally and at the same time doing your father's wish of you going to the university. You're the best mum, Adepelu said with a smile on his face, the Atoke explained the plan to the King who wasn't pleased but reluctantly agreed to it.

Watch out for Episode 2